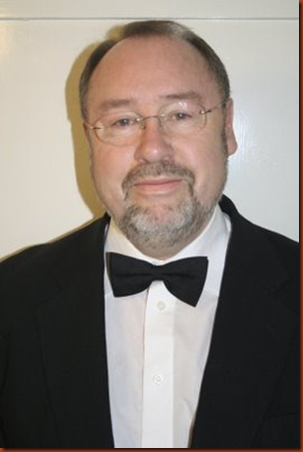 German Francais
Heinz-Walter Franz Knackmuß was born on 05/11/1944 in Semlin. On 01/04/1945 he was in the Protestant church in Semlin baptized by Pfarrer Detert. He attended for four years consisting of one rural school in Semlin and was then led in Rathenow at various schools until graduation. After graduation, he passed with distinction, he spent a year as an intern in the then District Hospital for Neurology and Psychiatry in Brandenburg-Görden. From 1964 -1970 he studied medicine at the Humboldt University of Berlin (Charité). He then completed in the United Rathenow health facilities of the district to train as a specialist in general medicine and received his Dr. med. After the board examination, he was from 1975-1990 worked as a district health physician from 1990-2006 and as a medical officer in Rathenow. In 1990, Dr. Knackmuß the Association of Physicians of the Public Health Service of the Land Brandenburg eV and attributed this to the National Association 01/26/2001. At the same time in 1990 he was elected Vice-Chairman of the Association of Physicians of the Public Health Service. This position he held until 05/08/1995. On 16.11.2007 he was appointed honorary member of the Association of Physicians of the Public Health Service of the states of Brandenburg and Berlin eV. On 15 September 1996, he founded with his wife Helga Knackmuss, nee Protz, the group of sponsors for the reconstruction of St Mary's-Andrew´s Church in Rathenow eV . His wife Helga died in the same year as a result of an incurable cancer. Since 2003 he has been with Viola Knackmuss, nee Kempf, married. His life motto is Soli Deo Gloria (To God alone be honor). On 28.10.2009 he was awarded the Vice Chairman of the Rotary Club Havelland, Hermann Fischer, Kurfürsten-Prize of € 500.00, which he forwarded immediately to the MDP for the reconstruction of St. Mary's Andrew's Church. On 05.11.2009 he received on his 65th Birthday by the Cabinet-Activity coordinator, Lions Clubs International District 111 - Westfalen-Ruhr, Wolfgang Schröder, the highest award for non-members of the club, the Medal of Merit. Both awards were presented to him for his commitment to rebuild the church. At 10/01/2010 he got the Citizens-Price of the city Rathenow from the Chairman of the City Council, Diana Golze and the Mayor Ronald Seeger. The Citizenship Award was awarded for the first time and was associated with € 1,000.00 to the winners immediately donated to rebuild the landmark of the city Rathenow, St. Mary's Andrew's Church.