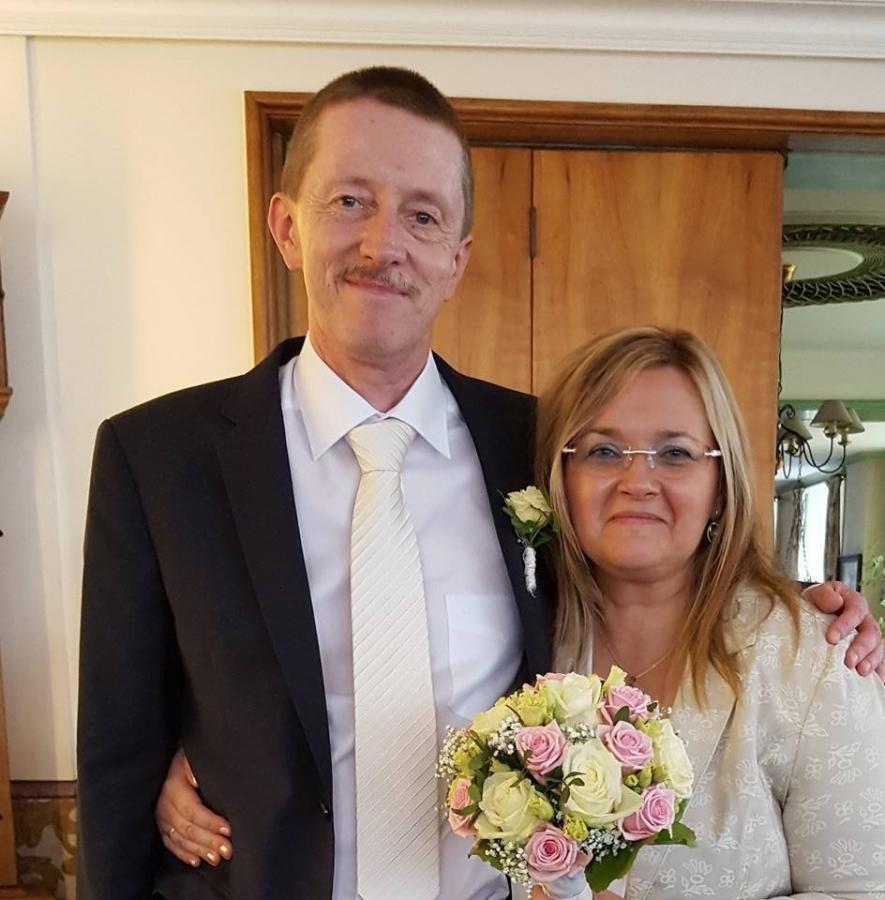 Marianne Lenz, born Moek, was born on the 17th of september 1965 in Bergneustadt near Cologne and was baptized in the lutheran church in Bergneustadt on the 19th of december 1965. Her father, Hans Peter Friedrich Paul Moek was high school teacher for German, history and politics. While studying in the U.S. at Washington State University he met her american mother, Mary Lee Osborn, who studied music at the same University. She followed him to Germany and married him in 1965. The father died when Marianne Enders was nine years old. On the second of july in 1977 her mother married the widow Reverend Dieter Kabus on the Castle Auel near Cologne and the family moved to Waldbrunn-Schollbrunn in the Odenwald, near Eberbach. Marianne Enders is the oldest of five sisters and brothers, after her came: Petra, born 26.8.1966, Hans-Georg, born 2.7.1967, brought into the family by her stepfather her sister Esther, born 19.6.1969, and Alexander, born 6.7.1970. In 1971 she started school with six years in the Balthasar community primary school in Cologne and went through the first four classes. From the 5 th grade on she went to different high schools and made her “Abitur” in 1985 at the Hohenstaufen-Gymnasium Eberbach. She was confirmed by her stepfather Rev. Dieter Kabus on 16th of march 1980 in the lutheran church in Waldbrunn-Schollbrunn. Her Confirmation verse was:

After high school she studied Englisch and German for two semesters at the Ruprecht-Karls-University of Heidelberg, but then changed to the higher city administration in Neckargemünd. Through her involvement in the “youth work” at the church of Eberbach she came to the partner community of Rathenow with a youth group in 1988 and 1989 and also met her first husband , the optician, Olaf Enders . On 31.07.1994 her son Philip was born and on 21.7.1999, her second son, Tim. She worked in the Hearing-acoustics at the company Enders Hörgeräte and at the same time completed the training for her Hearing-Acoustics-Master, a work, that she likes very much. Meanwhile she sees Rathenow and the Havelland as her home-area and likes living here. Through her American mother, she speaks English and likes singing. 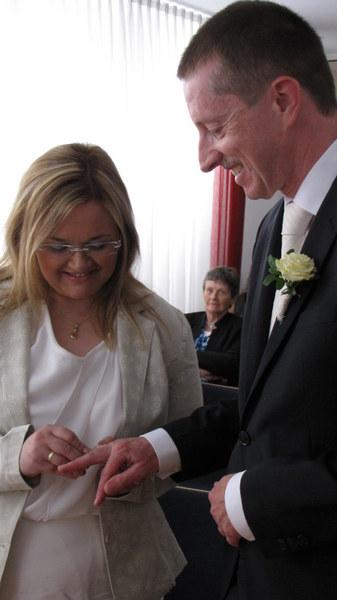 After her first husband left her in 2010, she married Rainer Lenz on the 8th of July in 2016 at Eberbach am Neckar. 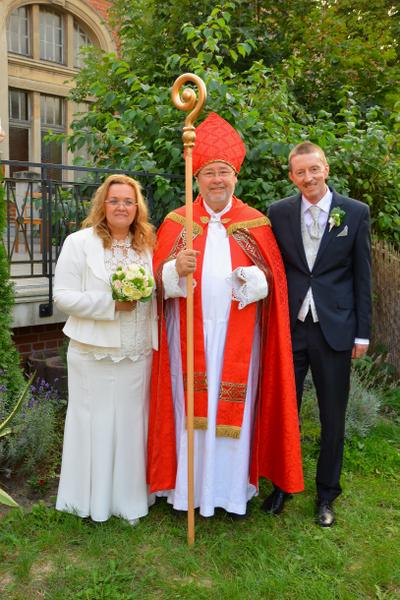 On the 10th of September 2016 she married Rainer Lenz at the church in Steckelsdorf.

After the church wedding a celebration took place in the church hall of the regional church community in Rathenow. As a surprise guest also congratulated Dr. Heinz-Walter Knackmuß in the historical robe of Bishop Dr. Stephan Bodecker the young couple and wished God's blessing.